2012 is 1 week old and it's time to look back on last year's best films, in my opinion. If I could use one word to describe this year in film it would be "nostalgia." There were certainly forward looking films, but in many of the risks taken in film making were a product of this nostalgia. As I prepared to make my lists, I was surprised by how this idea or theme permeated the films in either its subject, theme, or even formal use.

Let me throw off a disclaimer if you will, opinions are ever changing with regards to art and what I think one day, will inevitably change over the time as I watch and experience films that I did not get a chance to watch to this point. I obviously did not get to watch all 600 films from this year, but I certainly watched a strong enough portion that I feel confident in making this assessment. I've also decided to do this more so for the fun of how I felt at this moment than any intention to crystallize what people should think, etc. More importantly, the intention here is not simply to impose my opinion, but simply to start a conversation and see how others feel and how my list compares to others'.

If you missed my honorable mentions, here they are:

So without further ado, here are my top 10 films of 2011 (again, mind the disclaimer above).


10. "Another Earth" Directed by Mike Cahill

"Another Earth" can certainly put off a lot of people. Considering the hype put into the science fiction element, it can surely be disappointing that the film does not completely pay off in that department. The ending seems a bit predictable early on and may not have that "WOW" factor that many are anticipating... until you actually sit and think about it and come to realize the entirety of the story and the endings implications. Furthermore, the film tells an incredible journey toward redemption between two completely different characters in different transitions of life. Brit Marling gives a revelatory performance in a little film that could. This is the small budget indie at its finest.

Probably a choice that may put off people looking for a "serious" list (or those who don't care for the Harry Potter and his 8 films). To some degree, the inclusion of Potter on this list may have a lot to do with the "nostalgia" factor, but there is no denying that this film is the blockbuster at its finest: Action, dazzling visuals, and operatic drama that is truly rewarding. After 3 previous attempts, Yates finally reigns in a balanced installment that carries the level of the dramatic weight that this story has been asking for for years. The film isn't perfect to be sure, but gone are many of the cringe worthy childish one-liners and replacing them are stark mood, dark themes, and intense imagery. It is the finale that most fantasy operas demand, but seldom receive.

For more on my opinion of this film, read my review.

"Shame" is certainly not a crowd pleaser (as none of McQueen's films are). McQueen is the courageous filmmaker that essentially holds up a mirror to his audience and asks them to confront their reality. And it's a perverse reality to be sure. The film is far from conventional, ignoring many rules that would have screenwriting moguls irate and conservative audiences offended. However, one cannot help but respect McQueen who goes against the grain with tremendous conviction. It doesn't hurt to have dynamite performances from Michael Fassbender and Carrie Mulligan, or to orchestrate incredible use of the long take. The film's raw portrayal of the subject matter certainly won't dazzle you (and possible won't move you), but the film's effect will stay with you for a while.

For more on my opinions of "Shame," read my review. 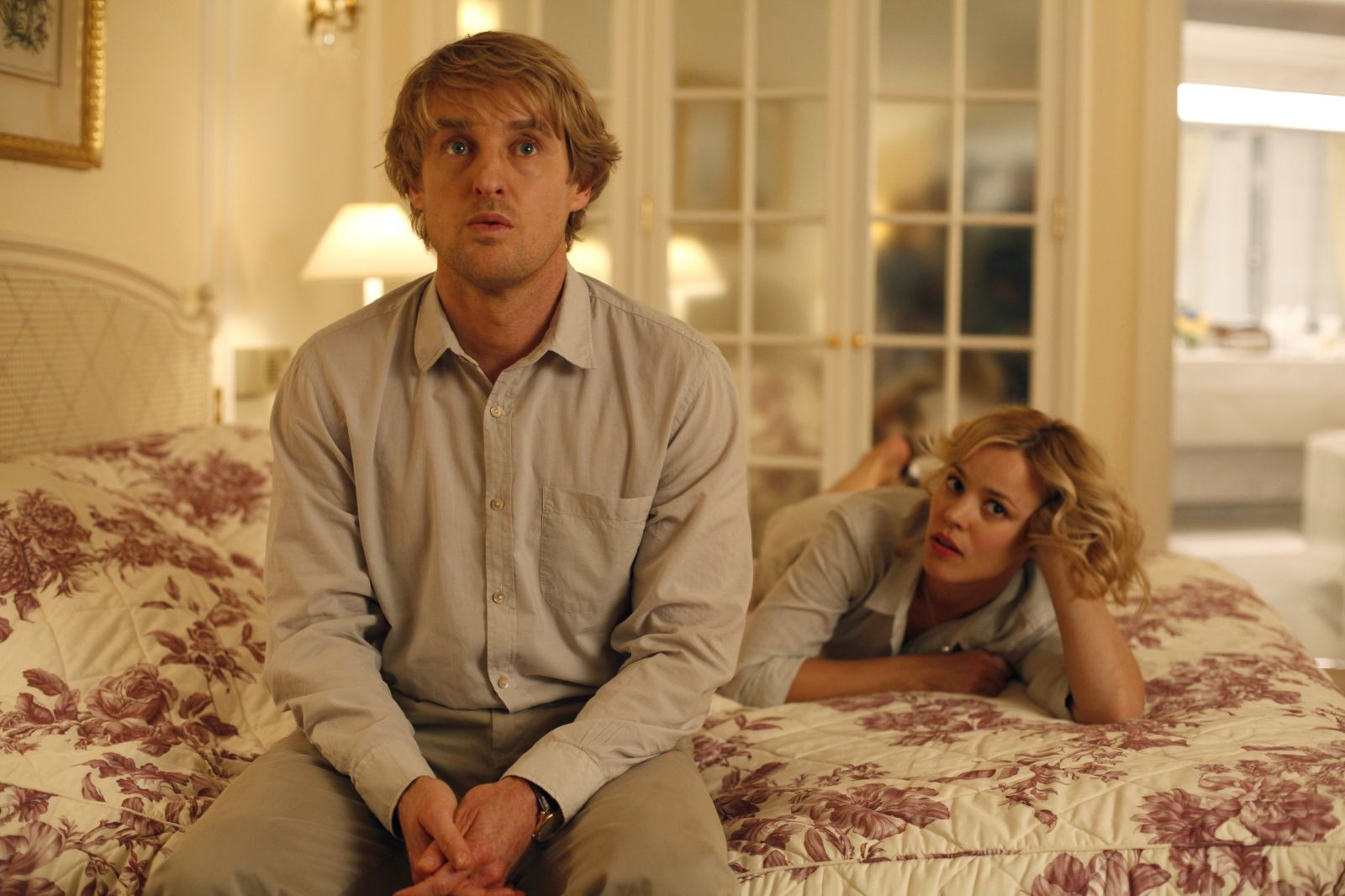 Woody Allen has become a sort of "Hit or Miss" Director if you will. (Cliche Alert) "Midnight in Paris" is a grand slam and easily the best film the director has produced (in my opinion) since "Annie Hall." The film is magical and nostalgic (literally), both factors that are rarely seen in recent Woody Allen fare. But the biggest factor in this film is the sincerity with which Woody Allen portrays his characters and tells his story. The pretentious rambling and didactic dialogue have been done away with and the characters of the story actually read like real people, rather than the typical placeholder that has become customary in Woody Allen's latest films. Woody Allen seems to do best when he's in a foreign country and nowhere is this more present than in his idealization of Paris. How can one not fall in love with this city after watching the glamour that Allen portrays throughout?

For more on my opinions of about this film, read my review.


6. "The Skin I Live In" Directed by Pedro Almodovar

Like "Shame," Almodovar's film has no qualms about subjecting its audience to violent sexual images. Almodovar simply does it with more "charm" if you will and softens the impact by surrounding it with an enthralling story that takes so many turns it will make your head spin. Almodovar has always had this ability to surprise and shock you even when you sense where he's headed; and he's often headed to really dark territory. Even when he finally gets there and your darkest fears are confirmed, you can't help but be rattled to the core by the experience. Almodovar films have never been for the weak or conservative, but for those adventurous enough to try, the experience is certainly involving and fulfilling.

For more on my opinions of this film, read my review.

5. "The Artist" Directed by Michel Hazanavicius

So is the black and white silent film a gimmick? To a certain extent yes, but if we are going to start railing on one film's style and call it a gimmick, then we might as well deconstruct every other film and find out what gimmick holds it together; or for that matter why not do it to every other fine work of art?

The question that asked instead should be: How is the experience? To which I would answer: This film oozes the charm and movie magic that makes people love movies in the first place. The deft storytelling abilities of Hazanvicius, heartfelt performances by stars Jean DuJardin and Berenice Bojo (and the charming dog Uggo), a glorious score by Ludovic Bource, and some eye popping cinematography by Guillaume Schiffman add up to a precious gem of a film. The story itself may seem a bit basic on first glance, but in the grand scheme, Hazanavicius tells a subtle story of progress and innovation.

For more of my thoughts  on "The Artist," read my review.

Cold and calculated to the core, but colored with a tinge of sadness, Alfredson's film is the ultimate spy thriller of the year. Every aspect of this film is one puzzle after another: its story, its characters, its visuals, its form. Alfredson never dumbs anything down; he assumes an intelligent audience is watching his film and can construct the mystery on their own in the manner that its characters are. Add in the super star male cast, anchored by a deeply human Gary Oldman and you have an incredibly polished film, that feels perfectly woven together even if you don't initially understand everything.

For more on my thoughts about "Tinker Tailor Soldier Spy," check out my review.

Commonly known for Gangster films (and violent ones in general), I was always a tad bit hesitant about the announcement that Scorsese would tackle a children's movie. Throw in the fact that Scorsese has never really impressed me when he experiments in other genres (Shutter Island, The Aviator, Gangs of New York) and my doubts were doubled. Last year's "Shutter Island" was a huge disappointment and the quick turn around (especially for Scorsese) on "Hugo" didn't help matters.

Scorsese sure showed me! "Hugo" is certainly a film about childhood, but is also a tender film filled with the maturity of Scorsese's great masterworks, and then some. Not only is this film entertaining, enthralling, and heart warming, but it also delivers a thematically relevant tale about one's place in the clockwork of the world. This film is for everyone and is definitely Scorsese's best work since "Goodfellas" and arguably "Raging Bull." Flawless/ perfect isn't enough to express my admiration for this film.

Art as Philosophy + Schopenhauer's Pessimist philosophy +The Tristan Chord = ?
Not what most people may expect (assuming you know who/what any of the above are). Yes, those three are equivalent to Richard Wagner's masterwork "Tristan und Isolde," but they are also represent Lars Von Trier's harrowing "Melancholia," a film about human pessimism and frailty as the source of human annihilation. The film's characters all represent ideas about the human psyche, but are nevertheless engrossing. Kirsten Dunst in particular mesmerizes in a breakout performance as a depressed indifferent bride-to-be that finally announces her as a top actress. And yes there is the refreshing use of the musical leitmotif (in the form the the "Tristan und Isolde" Prelude) that is first introduced at the start of the film in an incredible apocalyptic montage. Depressing and certainly not uplifting, but oddly fulfilling (like Von Trier's other films).

For more on "Melancholia," read my review.

1. "The Tree of Life" Directed by Terrence Malick 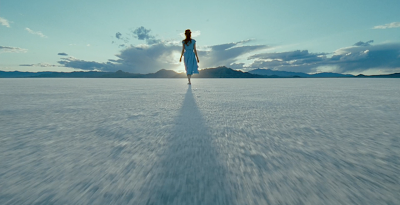 When I saw this film back in May, I knew that every other film I saw would be measured against it. "The Tree of Life" is an endless discovery, a film that can be viewed multiple times (assuming you have the patience and attention span) and will always bear new ideas and new interpretations. Malick has always been a bold director, pushing convention and breaking new narrative ground, but nowhere is this more apparent than in this masterwork.

Structured like a stream of consciousness, this film is the complete opposite of "Melancholia's" harsh tone. "The Tree of Life" celebrates the beauty of existence and the greatness of life. The performances by Brad Pitt, Jessica Chastain, and new comer Hunter McCracken are splendid and Cinematographer Emmanuel Lubeski's work with Malick reveals some of the most incredible images in film history. Music in this film becomes its own character as Malick borrows from the massive library of musical history and adds new beauty and meaning to said works. Smetana's "Die Moldau" a piece about the fluidity of the river portrays the growth from infancy to adolescence; "Agnus Dei" from Berlioz' Requiem makes a magnificent appearance during a judgement day (my interpretation) sequence. The best film of 2011, one of the best films of the 21st century, and a film that will pass the test of time.

For my full review of "The Tree of Life," click here.