Danny Boyle's films have always been characterized for their challenging nature and visual flair, but his last two works "127 Hours," and "Slumdog Millionaire" were considerably tame compared to other pieces in his oeuvre. However, his latest work "Trance" promises to return Boyle to the stylish exuberance that launched his career.
Simon (James McAvoy), an art auctioneer, helps a gang steel the painting of Goya's "Witches in the Air." During the escape, Simon attempts to stop gang leader Franck (Vincent Cassel) and wounds up getting knocked out. When he awakens from a coma, Simon is captured by the gang and tortured until he reveals where he hid the painting. However, Simon is suffering from amnesia and cannot remember. In order to extract the memory, Franck hires hypnotist Elizabeth (Rosario Dawson) to help in the search. From here, the film takes a number of unexpected twists and turns that will test the audience's ability to differentiate between what is real and what isn't. Continue Reading
Posted by Unknown at 2:16 PM No comments: Links to this post

Writing a review about "The Host," based on the novel of the beloved (or reviled depending on who you ask) Stephenie Meyer, is impossible to do without bringing up the "Twilight" series, the works that launched Meyer's career to glory. The latter quartet of books (turned into five movies) were panned by the majority of critics for their thin plots, obsessions with shirtless men, poor acting, and terrible dialogue. "The Host" is Meyer's latest novel and screenwriting gig (she also penned scripts for her "Twilight" films) and there is no doubt that the plethora of Meyer supporters will flock to theaters and turn a blind eye to any criticism. But what about the rest of the viewers that have yet to join Meyer's fan club? Is "The Host" enough to change their preconceived notions of the "phenomenon" as fellow novelist Orson Scott Card called Meyer? Continue Reading
Posted by Unknown at 2:13 PM No comments: Links to this post

When audiences think of a revenge film, they think of guns and shootouts filled with plenty of action sequences and over the top music. However for his directional debut "Gimme the Loot," Adam Leon subverts the revenge premise by transforming it into a subtle urban drama.

The film, starring new comers Ty Hickson and Tashiana Washington (How to Make it in America), tells the story of Sofia and Malcolm, two determined graffiti writers who embark on an elaborate plan to bomb the New York Mets' Home Run Apple after their latest graffiti work is defiled up by a rival crew. Continue Reading
Posted by Unknown at 11:06 AM No comments: Links to this post

Oscar 2013 films for March and April 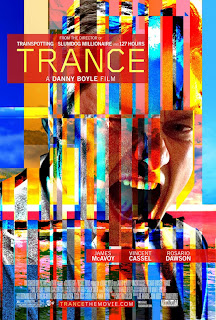 The Oscar competition is already underway with Danny Boyle's Trance, Derek Cianfrance's The Place Beyond the Pines and Terence Malik's To the Wonder. Other films include At Any Price and The Reluctant Fundamentalist. To check out the full list click here!
Posted by Unknown at 8:16 AM No comments: Links to this post

EXCELLENCE IN FANTASY FILM
"Mirror Mirror" – Eiko Ishioka
Posted by Unknown at 7:42 PM No comments: Links to this post