So the party last night was a fantastic way to end the festival, but we still had one more day of screenings and a fantastic brunch at Ceviche (a tapas bar).
After that, "Messenger" screened yet again during the Action/Horror Block. After that we watched the end of another film block in an adjoining theater before capping the day with a screening of "Hush Hush" by Byron Gatt.

We will pick the three films that stood out on the day (not including films already screened yesterday). Then we will list our three favorites from the entire festival.

Read more »
Posted by David Salazar at 6:57 PM No comments: Links to this post

"Messenger" is not even done screening at Sunscreen Film Festival and we have received notice that... it will now screen at the First Annual Pittsburgh Independent Film Festival June 1 through 3! For more information check out the official website.
Posted by Unknown at 6:00 AM No comments: Links to this post

Our film "Messenger" finally got its premiere to decent applause and a rather fun Q & A session thereafter.

But the day was initiated by an intense workshop led by Descendants Casting Director John Jackson who offered up a nice hour of Q & A before an intense one on one with aspiring actors. I couldn't stay the whole time because the workshop lasted until 4 PM (it started at 10:30) and our film premiered at 1 PM. Jackson gave some nice insight into the casting process for the Descendants and even gave away why George Clooney and Brad Pitt's lobbying to be in "Sideways" was adamantly rejected by him and Alexander Payne: (To paraphrase what he said) "Who is really going to believe that George Clooney is a failed actor who needs to marry into an Armenian family; and who is really going to buy that Brad Pitt is a loser that needs to steal from his mother."


My brother attended a workshop by David Paterson (not the governor) who wrote the screenplay to "Bridge to Terabithia" which I found out was actually based on his childhood.

Later in the evening we watched talent agent Michael Greenwald talk about the job of the talent agent and his relationships to actors.

Awards Ceremony
After spending some time watching films, we witnessed an award ceremony that consisted of 5 awards and lasted under 30 minutes. The awards were for Best Short, Best Director, Best Female Director, Best Film, and Best Florida-based Film.

The night was capped by a party at the Morean Arts Center. 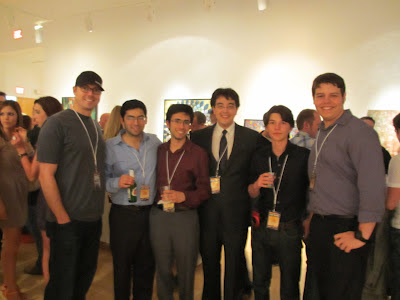 Favorite Films
I was only able to witness two sessions today, including our film and 6 others, so I will only present my 3 favorites for the day.

"Devil's Canyon"
A revenge tale set in a Western Valley. When the love of his life is murdered, a man sets out to get revenge for her death. The plot may not be all that groundbreaking, but the filmmaking is top-notch with incredible vistas of the American landscape that makes one marvel. Some of the emotional moments of the film are handled with strong tact. One example that comes to mind is when the main character is digging up the grave to set his dead wife into. He takes a rock and starts hitting the ground with it. The entire action is framed (with the exception of one cut to a closeup) in a wide shot that emphasizes the growing frustration and anger of the protagonist. Chilling.


"White Lie"
A psychopath goes on a rampage. Again, not a groundbreaking story, but a sometimes all that is necessary is finding a way to refresh the formula. In this case, the entire film is a series of black and white stills cut together to tell the story. There is no live action or movement, just stills. The jagged style really adds to the fragmentation of the main character's mind and actions, creating a solid suspense thriller.

A pilot for a potential TV series that relates the life of a youth pastor aiming to work for a church and educate its youth group. This preliminary episode certainly gives a tremendous comedic sense that can certainly be developed in future episodes. The strongest element might be the fact that it tackles a subject that many people are either scared of tackling or simply do not know how to tackle: religious education. This episode does not really delve into the deep issues of faith and youth, but there are certainly clues of how these themes could materialize in future installments. If there is one criticism I had with the show is that it attempts to be mocumentary style, and it is precisely when the characters talk to the camera that the story becomes distracting. Otherwise, this pilot showed a great deal of potential.


Posted by David Salazar at 11:14 PM No comments: Links to this post

The Second Day of Sunscreen was more jampacked than the first day, and all the more remarkable as well. Unfortunately given the fact that there were always two different things going on in different theaters, we were unable to do much in the way of screenings, but we were able to attend two different workshops, both completely different in scope and to a certain extent attitude.

The first workshop of the day featured Michael D. Roberts (Rain Man, Seinfeld) and Marisol Nichols (24, Scream 2, GCB). Nichols got the workshop started by emphasizing the business of acting and the process of landing agents, getting callbacks, and attacking auditions.


Eventually, Nichols left and Roberts took over to field questions from the audience and talked about his experience and his appreciation for the industry. One of the few people that has sincerely NOTHING negative to say about the industry.


After the doc block (more below), we were treated to a workshop by Marty Poole on obtaining a sales agent and selling your film. His main points?


-Action, Thriller, Family films (horses/dogs movies) are the big sellers at the moment
-"Drama equals the f-word in the film industry" ( Dramas = tough sells)
-The market for documentaries is growing, but still not highly profitable
-Oh yeah... short films... they are worth next to nothing in the market (but everyone already knew that)

Poole gave a highly comprehensive analysis of the market, though as you'd expect from a sales agent, rather bluntly.

As has been our working method with past festivals (LIIFE), I will write about my favorite films from the festival on every given day. Usually I go with 5, but I decided to narrow it down to 3 since I saw 5 documentaries and a feature and felt that with 5, one film would be left out. There is no particular order whatsoever here.

"Navarro's Promise"
A short documentary detailing the existential quest of elderly Luis Navarro as he tries to find the murderer of his daughter and granddaughter. The quest has not only dominated Navarro's life for almost 20 years, but has created a rift with the rest of his family; his wife moved away from him to avoid the difficulty situation. The film carefully details Navarro's plight without ever feeling manipulative or overwhelming. Poignancy invades every frame, with some rather intense comments from the Navarro himself. As the film draws to its inconclusive close, Navarro ponders on what life holds for him if he ever finds the killer... As he realizes that he has not lived a normal life for over 20 years and has no idea if he can ever recover it fully, there is a strong disturbance. Powerful stuff.


"My Big Red Purse"
A hybrid documentary based on a childhood story by director Giancarlo Iannota's mother and her big red purse. As his mother narrates, Iannota recreates the scenes and action with utmost clarity and detail that heightens the narration. But the ending, in which his mother has an unexpected emotional response really takes this film to another emotional state. This film packs a nice mix of nostalgia and whimsy in its short 2:30 minutes. You can watch the entire film below:

A poignant story about the desire to expand one's horizons and the dangers of drifting away into emptiness and loneliness. The film centers on young Bubbs (Writer Nick Loritsch) wants to leave Panama City, Florida and travel the world like his grandfather who is despised by all in the town for the grief he has caused Bubbs' mother. The film features gorgeous photography of the Floridian Coast accompanied by a soundtrack featuring country music by Jay Vincent. The film's central focus and probably greatest asset is a tremendous performance by Jackson Pyle as Frank, Bubbs' free-spirited grandfather. Pyle carries himself with a strong sense of gravity, but always pokes in a little joviality when one least expects it, giving an otherwise weighty story some levity. The rest of the cast provides strong support, but it is Pyle who carries the film on his shoulders throughout.

Posted by David Salazar at 10:42 PM No comments: Links to this post 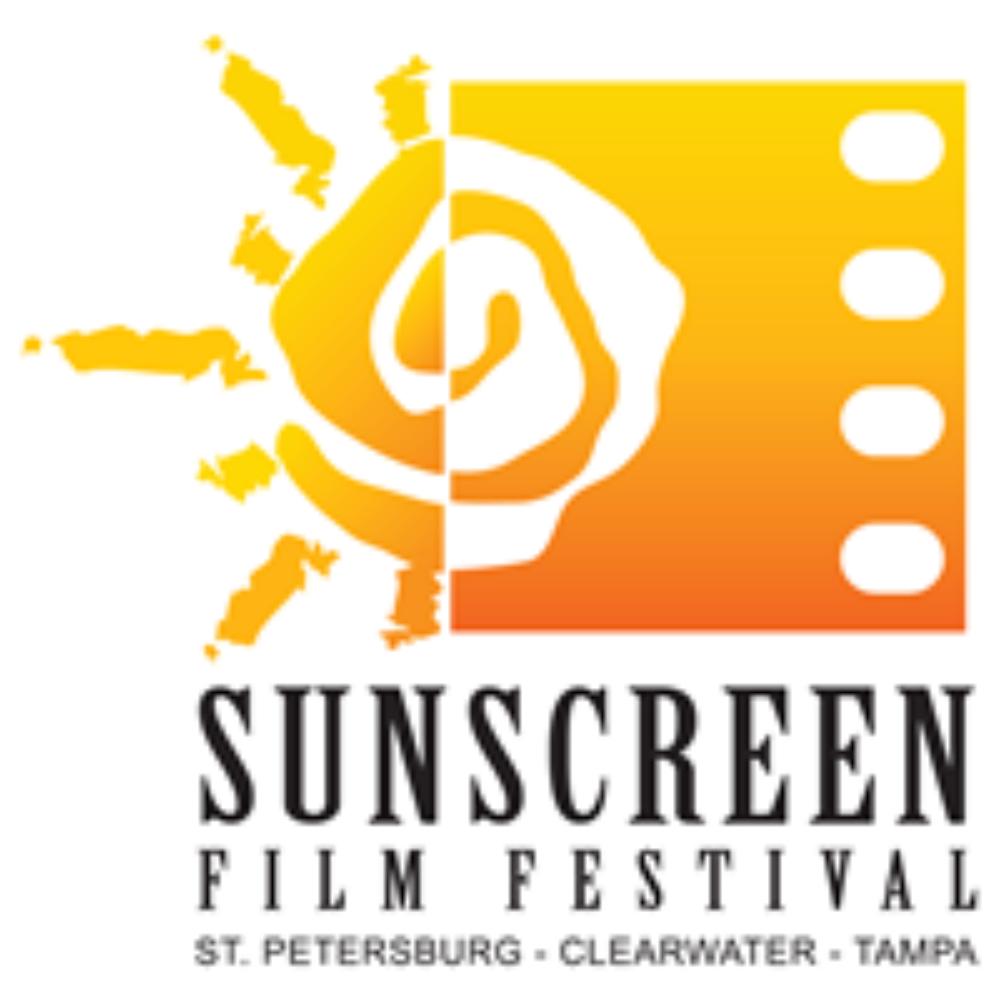 As promised, I will give the Sunscreen Film Festival the same treatment as LIIFE a year ago.

Opening day of the Sunscreen Film Festival has come to an end, and it was well worth it.

To start, the Muvico at Bay Walk is by all means a top of the line movie theater. The gallery theaters (where the festival's workshops and screenings take place) include full leather seating.

The first event of the day was a solid screenwriting workshop mainly emphasizing what the important elements that must be included in the first 15 pages of any screenplay. The workshop was led by the Tampa Based 3rd Herd Productions team of Eric Beane, Terri Emerson, and Lucius Baston.


Read more »
Posted by David Salazar at 9:34 PM No comments: Links to this post

For anyone that has been following this blog for the last year, you are probably familiar with our coverage of the Long Island International Film Expo last year. We had no film in the festival, but this year... our film "Conciliation" will also be a part of the festival! It will premiere on Tuesday July 17th at 12 PM! For more information: http://liifilmexpo.org/

Posted by David Salazar at 6:16 PM No comments: Links to this post

Help El Limpiador and Q &A with Director Adrian Saba

My friend Adrian's film El Limpiador has a few more hours left on its Indie Gogo Campaign. Please help out if you can! It is a truly wonderful film that just needs that extra push to finish post production and create a distribution package. For past coverage on the film please check here and here. 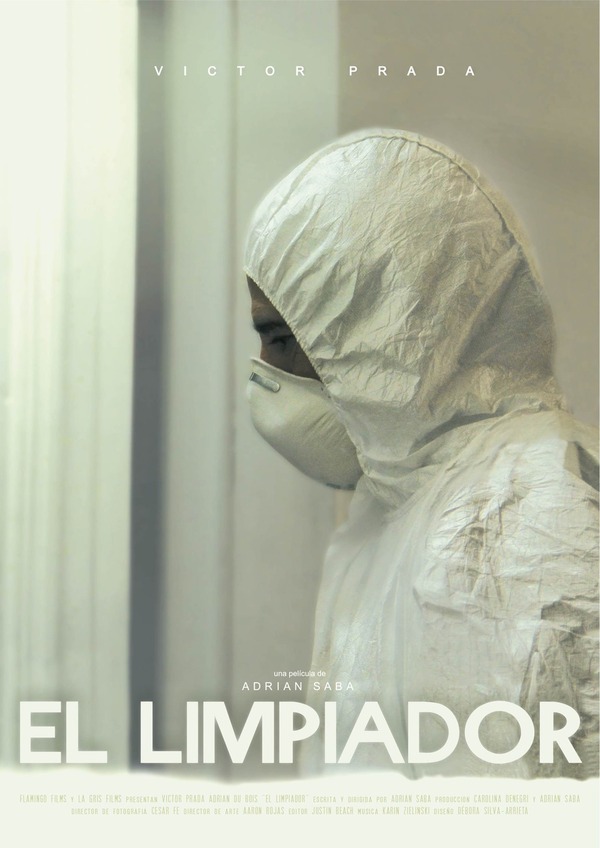 I also had an opportunity to talk with Adrian and ask him a few questions regarding not only the journey of making the film, but also his ideas behind the film and the themes that permeate it.


Read more »
Posted by David Salazar at 5:43 PM No comments: Links to this post

Posted by David Salazar at 6:36 PM No comments: Links to this post