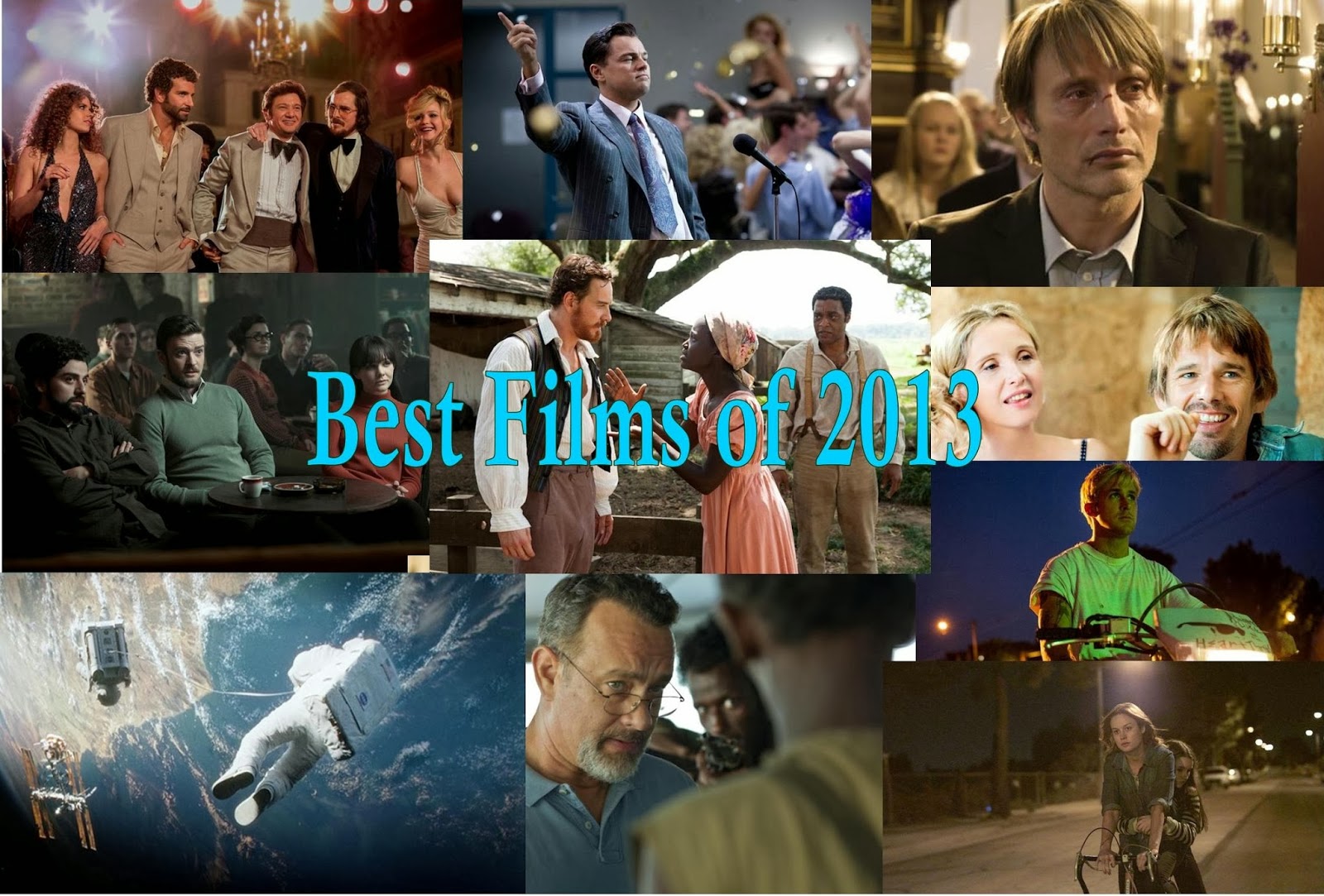 This may be late in awards season but I was finally able to put my top ten list together. This year I have not included an honorable mentions list but before I get to my top ten, there were some films that stood out this year that need mention. "What Richard Did" was a poignant character study with a star making performance by Jack Reynor while "Blue is the Warmest Color" broke tradition with its controversial themes. "Wadjda" was a beautifully told story about the difficulties of woman in the Middle East and "Rush" saw the greatest film that Ron Howard has made up to this point in his career. "What Maisie Knew" tackled divorce with such truthfulness while "Mud" told a very southern tale with amazing performances by Tye Sheridan and Matthew McConaughey. Finally "Fruitvale Station" was a display of honesty and realism while "The Spectacular Now" showed the damages of alcoholism and the realities of first love. All these films were movies that I loved and that all deserved a spot on this list. The following movies demonstrated the risks that directors took to create these 2013 masterpieces.

10. American Hustle-David O. Russell
Third time is always a charm and Russell proves that with a starry cast with the likes of Amy Adams, Christian Bale, Jennifer Lawrence, Bradley Cooper, and Jeremy Renner, he is able to create raw and emotional characters. With a solid script and intense performances, "American Hustle" is one of the most entertaining films this year, 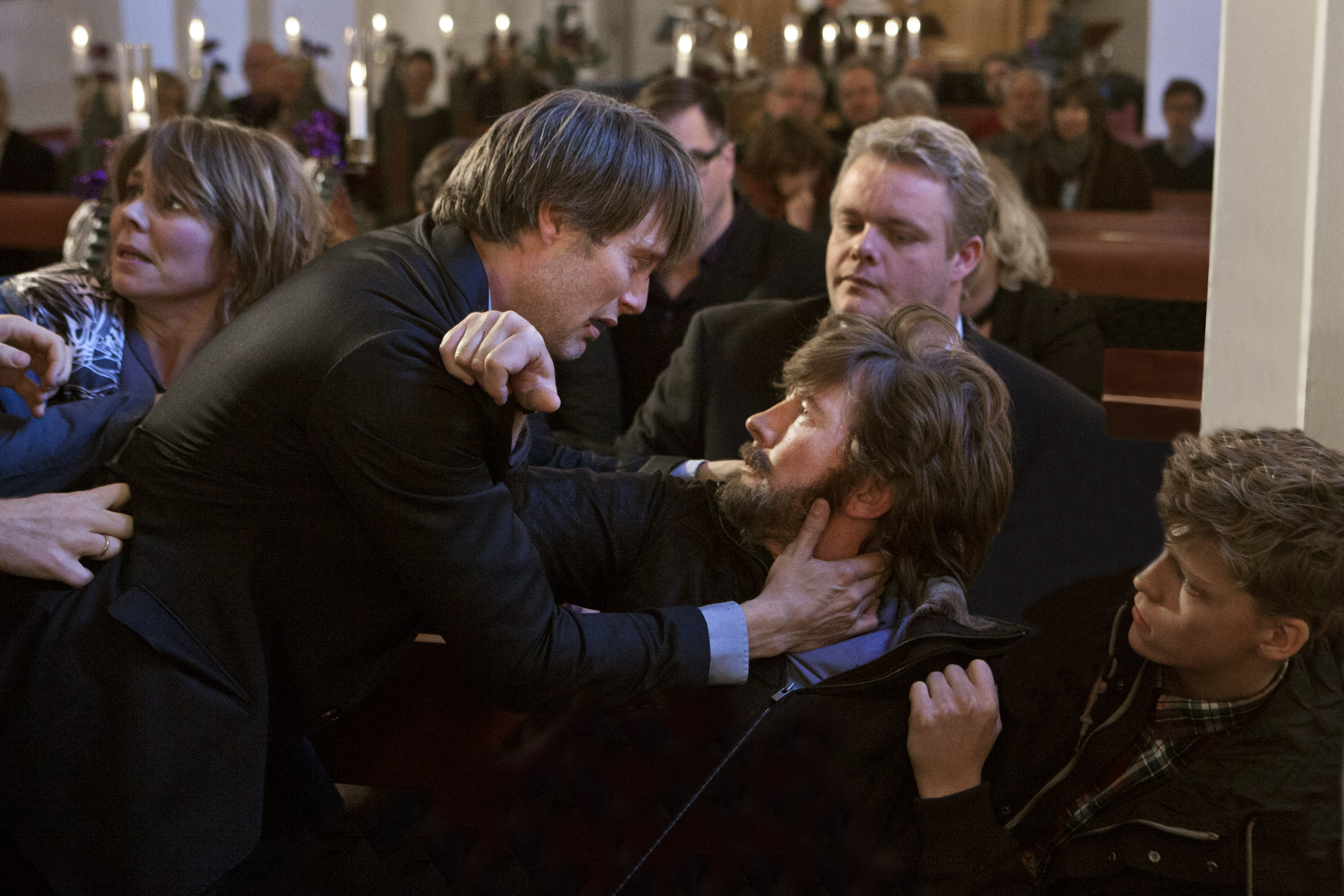 9. The Hunt-Thomas Vinterberg
Subtle and introspective, "The Hunt" asks audiences difficult questions that are even harder to answer. Featuring a towering performance by Mads Mikkelson, the movie is suspenseful, heartbreaking, and powerful. Thomas Vinterberg creates a cold atmosphere that will leave audiences unsettled by the end of it.

8. The Place Beyond The Pines-Derek Cianfrance
Original in its conception, Cianfrance breaks all conventions and creates a three generational story about father-son relationships. Featuring great performances by Ryan Gosling, Bradley Cooper, Eva Mendes and Dane Dehaan, and wonderful cinematography by Sean Bobbit, "The Place Beyond the Pines" is a gripping tale and one that can redefine the way stories are told.

7. Gravity-Alfonso Cuaron
Beautiful, visionary, and stunning are only a few words that describe Alfonso Cuaron's latest masterpiece. The movie is quite possibly the greatest achievement in visual effects and also contains some of the most stunning shots in film history. With a beautifully transformative performance by Sandra Bullock and virtuosic directing by Cuaron, "Gravity" will be considered one of the wonders of the world in film history.

6. Captain Phillips-Paul Greengrass
Paul Greengrass' latest is a riveting and heart-pounding thriller that left me emotionally beat. With a stunning performance by Tom Hanks and breakthrough work by Barkhad Abdi, "Captain Phillips is a memorizing achievement that proves Hollywood is capable of making a great action thriller.

5. Short Term 12-Destin Cretton
It is hard to speak of this film without stating how surprising and under the radar this movie was. Having won the SXSW Film Festival, Cretton's latest feature is an uplifting and spirited movie that deserves the recognition all these big budget films have obtained. Brie Larson gives the most important breakthrough performance of the year and creates one of the most sympathetic and memorable characters this year. Featuring an outstanding supporting cast and a fabulous soundtrack, "Short Term 12" will be remembered as the true Indie Film of 2013.

4. Before Midnight-Richard Linklater
Its hard to create a trilogy when there is no action, special effects and no one has really seen it. However Linklater, Etah Hawke, and Julie Delpy have defied conventions creating the third film in the "Before" series. "Before Midnight" is the most mature, dynamic and truthful film of the three and shows the realities of marriage, relationships and love. With stunning performances by Delpy and Hawke and rich direction by Linklater, this is truly one of the greatest conclusions to a trilogy I've ever seen.

3. The Wolf of Wall Street-Martin Scorsese
Excess, drugs, alcohol and sex are all part of Scorsese latest comedy which creates a despicable character that easy to hate but undeniably charismatic. With Leonardo DiCaprio, Scorsese has his greatest ally as DiCaprio gives the Best Performance of his career and is also supported by great turns from Matthew McConaughey, Margot Robbie and Jonah Hill. While it may be too vulgar for some, "The Wolf of Wall Street" is undeniably great.

2. Inside Llewyn Davis-Joel and Ethan Coen
Funny, profound and melancholic describe Joel and Ethan Coen's foray into the folk music scene. The movie is beautifully crafted and features wonderful work from Oscar Isaac in the tough minded/ depressed title character. Carey Mulligan, Justin Timberlake and John Goodman provide comic timing to the journey and the music choices put together by T.Bone Burnett create one of the best soundtracks of the year. "Inside Llewyn Davis" is by the far one of the greatest achievements by the Coen brothers and one that will be remembered and talked about for many years.

1. 12 Years a Slave-Steve McQueen
Brutal, painful, and arresting are words to describe McQueen's latest masterpiece. The film  tells the story of a free black american who is captured and turned to a slave. With Chiwetel Ejiofor in the lead role McQueen has found an actor that creates the pain, anger and will to survive. It is towering performance that moves audiences and that keeps them rooting for the character. Lupita Nyong'o brings her A game to her first film while Sarah Paulson and Michael Fassbender bring fierceness to the screen. Sean Bobbit gives the film a picturesque look while Hans Zimmer creates a moody score that is emphasized by repetition and the melancholic tone of the cello. Joe Walker's editing choice are impeccable letting the audiences feel the heartbreak and cruelty of slavery. McQueen has created a movie so truthful and fulfilling that it hard to forget it and it is for this reason that "12 Years a Slave" ranks as my Best Film of this Year.

To check out last years top ten Click Here
Posted by Unknown at 7:36 AM