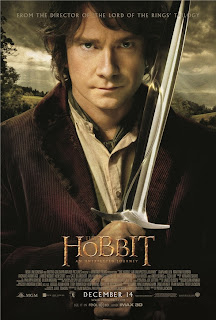 Back in 2001 when Peter Jackson released his original Lord of the Rings trilogy, another major franchise was also in the midst of release. While the prequel Star Wars trilogy drew the ire of the critics for its indulgent use of CGI and childish tone and performances (Jar Jar Binks for example), Jackson's films were venerated as the apex of fantasy filmmaking with its heart-warming characters and emotionally engaging quest.

A little over 10 years later it seems that history repeats itself, but not in the way Jackson would have hoped. While his original Lord of the Rings films were all three hours in length, they were based on substantial novels that together number well over 1,000 pages. His new trilogy however is based upon The Hobbit, a novel barely over 200 pages and the lack of material is clearly present in his first installment An Unexpected Journey. Continue Reading